Friend since 1965 when he presented the first exhibition in Sala Gaspar, with Joan Fuster.

His time in life has been delicious, student, butcher, spearfishing champion, publicist, graphic designer who demonstrates in the design of catalogs and posters for exhibitions of his work, but above all else a great sculptor.

Of a luminous humanity, defender of freedom, he invigorated the culture in Valencia and was a great fighter against the Franco dictatorship. 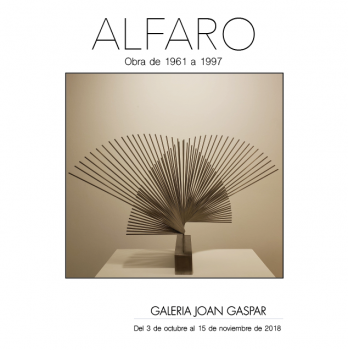