He started working in his father’s studio, Antoni Castelucho Vendrell (Barcelona 1838 – Paris 1910). Then he assisted at the Fine Arts School in Llotja, and later at the Julien Academy in Paris. He wrote together with his father a treatise about scenography that was published in Barcelona in 1896. His work was shown in diverse collective exhibitions in Barcelona during the last years of the 19th century. He lived in Paris for a long time as one of the famous art characters of the Montparnasse district. He also founded an academy where he gave painting lessons. He exhibited at the Salon des Artistes Independents in Paris from 1904 onwards, and at the Société des Beaux Arts from 1910. He worked with a technique of robust dabs, creating a synthetic drawing. He painted a lot of portraits, compositions with personages, typical genre scenes, bulls, and also some landscapes such as Nit de Lluna y Flors als jardins de Luxembourg. 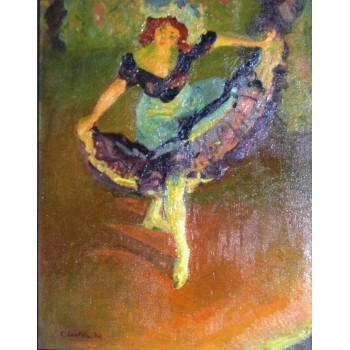 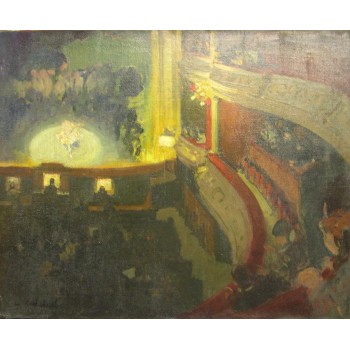 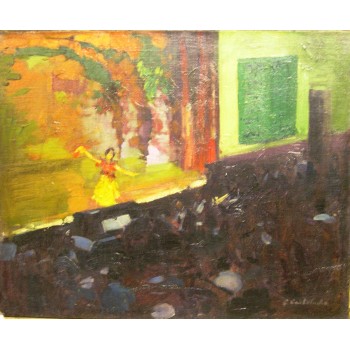